Alan Pinkerton (1819 – 1884) was born in Scotland, where he was active in liberal and reform causes. Disillusioned by the failure of the suffrage movement, Pinkerton emigrated to the United States in 1842 at the age of 23.

In 1843, Pinkerton moved to Dundee, Illinois, fifty miles northwest of Chicago on the Fox River. He built a cabin and started a cooperage there,

sending for his wife from Chicago after the cabin was complete. As early as 1844, Pinkerton worked for Chicago Abolitionist leaders, and his Dundee home was a stop on the Underground Railroad. 1

In 1849 Pinkerton was appointed as the first detective in Chicago. In the 1850s, he partnered with Chicago attorney Edward Rucker in forming the North-Western Police Agency, which later became the Pinkerton Detective Agency. Pinkerton’s business insignia was a wide open eye with the caption “We never sleep.” As the United States expanded, rail transportation increased. Pinkerton’s agency solved a series of train robberies, bringing him

Pinkerton developed the techniques of “shadowing” and undercover work. In the Civil War, Pinkerton served as head of the North’s intelligence efforts and foiled an alleged attempt to kill Lincoln. His agents often worked undercover as Confederate soldiers. 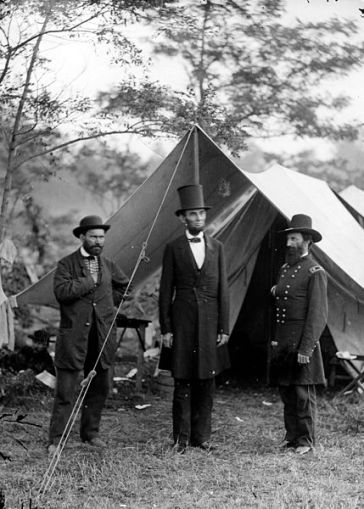 By 1870, detective fiction was finding a popular American audience. Allan Pinkerton published The Expressman And The Detective (1875), the earliest American non-fiction account of a private detective. Pinkerton’s business card showed an unblinking eye with the motto “We never sleep,” linking his services with the phrase “private eye.” This popular book established the importance of both the hero, an extra-legal agent who explores a lawless world, and of an understated style employing objective descriptions and short, clear sentences. Still more popular was The Mollie Maguires and the Detectives (1877), in which Pinkerton detailed his company’s work fighting a semi-secret organization of Irish coal miners for the Philadelphia Coal and Iron Company. Working closer than Poe to the public pulse, he never allowed his protagonist, based on agent James McParlan, the eccentricity that precluded his immediate perception as a tough, hands-on “hero.” But McParlan, who infiltrated the Mollies and provided the evidence that led to twenty hangings, was not morally pure. Pinkerton understood that the public was interested in “the immersion of the eye into an almost surreal underworld, an underworld to which he must adapt in order to get his work done,” as Ruehlmann writes; he “creates an atmosphere of evil commensurate with a sense of the holiness of the mission and its necessity for the sanctity of moral order.” 4 Pinkerton himself wrote that the private eye “should become, to all intents and purposes, one of the order, and continue so while he remains in the case before us. He should be hardy, tough, and capable of laboring, in season and out of season, to accomplish, unknown to those about him, a single absorbing object.” 5

Allan Pinkerton died in Chicago on July 1, 1884. It is famously claimed that the reason was a convoluted accident in which Pinkerton slipped on the pavement and bit his tongue, resulting in deadly gangrene. However, reports of the time give different conflicting causes such as Pinkerton succumbing to a stroke (he had survived another one year earlier) or to malaria he had contracted during a trip to the Southern United States.[7] At the time of his death, he was working on a system that would centralize all criminal identification records, a database now maintained by the Federal Bureau of Investigation.